Where God, kids and adventure meet!

Experience our summer camps, overnight lodging, retreat facilities and miles of wooded trails for running, walking and biking on 78 acres of private property. Climb, swing and fly though the treetops, while team/trust building on our adventure course with your students, corporate team or family members! Relax while boating, kayaking, fishing or swimming in Lake Feyl.

Our mission is to encourage Christ-centered living through adventure-based activities, camping, nature studies and recreation. The High Rope Courses are built among the trees utilizing utility poles, ropes and cables. More than eight elements including; the Rock-Wall, Vertical Playground and Zip-Line will challenge climbers at up to 40 feet in a managed risk environment.
Archery Tag is a unique sport that combines elements of dodgeball with the timeless skills of archery. Players take aim at each other with arrows that have giant foam tips to eliminate opposing team members.
The Low Rope Courses are perfect for company retreats, school trips, athletic teams and youth groups! The different courses promote communication, problem solving, team work and leadership.
Our inflatable obstacle courses are 40 feet of fun! Two participants can race through together adding to the excitement . These inflatables are perfect for field days and school events! L.E.A.D.E.Rs Camp: Our Law Enforcement and Developing Emergency Responders camp has been at Camp Edge for over 10 years. Many departments from the Salem County area provide officers and experts to lead the campers through a wide array of law enforcement, fire safety, and emergency response.

Warrior’s Camp: Campers experience what it takes to be a 21st century warrior using mind, body and spirit to help themselves and others overcome difficulties and obstacles. Balance, agility, strength and problem solving will be sharpened through physical obstacles. Some obstacles may be similar to what you see on American Ninja Warrior.

Adventure on the Edge Camp: Campers will enjoy a week of some of the best adventures and fun that Camp Edge has to offer! The High Ropes course has a rock wall, zip-line and 5 more great climbing obstacles. Campers will have a lot of time in the lake which will consist of activities such as kayaking, canoeing, paddle boarding, and of course swimming! Team activities will be another portion of camp, campers will have to work together in games and problem solving activities in order to accomplish the goal. We hope to see you and your team soon!

A Brief History of Camp Edge

The Camp Edge property, commonly referred to on the tax map of Alloway Township as Part of Block 64, Lot 11, and Block 29, Lot 9, encompassing 71 acres, including Lake Feyl; had originally been used as a mill.  The lake came into existence as the result of digging out around Alloway Creek and the water was used to generate power for the mill.  The lake was created at Camp Edge in 1850 and was first called Sycamore Lake; and then later, Feyl Lake, which is its name today.  The lake is spring fed and continues today to be one of the purest lakes in the area.

Camp Edge was purchased in 1930 by the Atlantic Area Boy Scout Council of America.  The Boy Scouts had decided to sell the camp they had been using, Camp Fralinger, which was located in Pennsylvania.  The Council began looking for a camp that would be closer in proximity to their region.  They looked at several camps and decided on the location that ultimately became Camp Edge.  Improvements were made and camping began in 1932.

When the property was purchased in 1930, the only buildings on the property were the waterfront building made of stone and located next to the dock.  This building had been used as the mill, and the barn, and is between 150 – 170 years old.  The Atlantic Area Boy Scout Council used part of the money from the sale of Camp Frailinger to build the Frailinger Cabin on their new campsite at Camp Edge.  Through the years, many improvements were made and additional property was purchased.

More expansion took place in the 1950’s, as more land was purchased to further protect this pristine setting.  There are now between 200-250 acres of land that make up Camp Edge.  It abounds with a variety of wildlife, including American bald eagles.  Hiking trails are already established, and an adventure-based ropes course has been in operation since the late 1980’s.

Due to the expensive nature of maintaining campsites, the Atlantic Area Boy Scouts of America decided in the late 1990’s that they could no longer afford to maintain Camp Edge.

In 1997 Camp Edge was purchased utilizing Green Acres funding, a program within the New Jersey Department of Environmental Protection (NJDEP).  Green Acres purchases land to protect environmentally sensitive open space, water resources and other significant natural and historical open space. Land purchased by Green Acres becomes part of the statewide system of parks and forests, wildlife management areas and natural areas. To date, more than 1.2 million acres of open space and farmland have been preserved in communities across the State.

In 1998, Ranch Hope, Inc., was approached by the NJDEP in regards to Ranch Hope taking on the management of the newly purchased Camp Edge property in Alloway Township.

Ranch Hope was given the opportunity to lease 71 acres of the land for a period of fifteen consecutive years.  This agreement allowed Ranch Hope to leave the camp as it was, or to provide programming which will once again benefit the community and region, while following Ranch Hope’s proud tradition of honoring Christ in all that they do.

Extensive renovations to the ropes course in August 2000 brought it into compliance with national standards; it is inspected on an annual basis.  Hundreds of groups from this area have experienced the fun and confidence this challenging course offer. 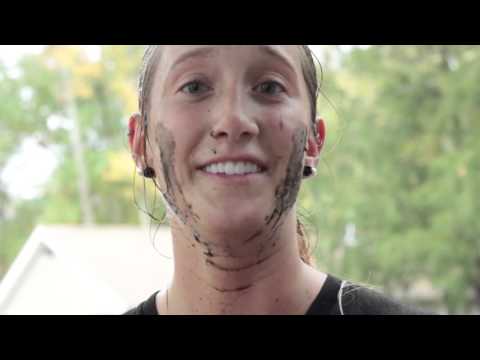 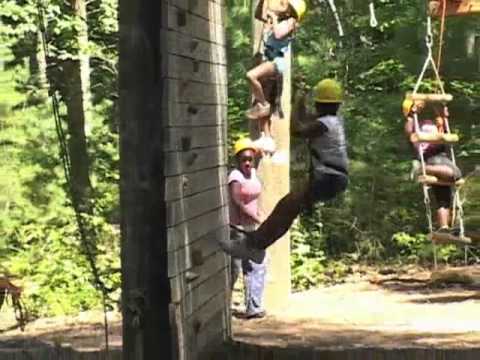 Our Motivating Scripture:
“Those of us who are strong and able in the faith need to step in and lend a hand to those who falter and not just do what is most convenient for us.”