Ranch Hope was founded in 1962 by the Rev. and Mrs. David L. Bailey. While Rev. Bailey was in the pastorate, he gave a speech to a local service organization entitled, “Youth in Trouble.” After the meeting, a member of the organization challenged Rev. Bailey to do something about the problems he had outlined in his talk. The seed was planted to back up his concern for pre-delinquent teenagers with action. 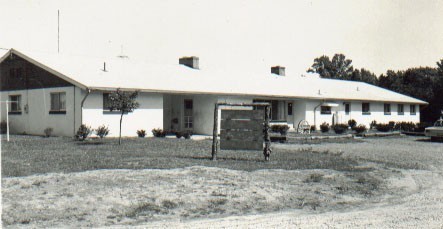 When Rev. Bailey’s “dream” was made known to the public, an insurance man from Bridgeton, NJ, made the first contribution ($20.00) to begin the work. It was this gift that launched Ranch Hope.

With the assistance of Hiram Strang, a local dairy farmer, Rev. Bailey was able to purchase a 100 acre farm in Alloway, NJ. Rev. and Mrs. Bailey and their two children moved to the old farmhouse on the property to begin work. 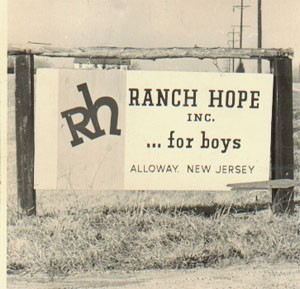 On May 25, 1962, the non-profit corporation, Ranch Hope Inc. was formed. Five trustees were elected, and a Board of Managers was formed. A number of interested ministers, businessmen, farmers and housewives joined Rev. Bailey in raising funds for the first home.

On May 5, 1964, the first boy came to the Ranch Hope from the Woodbury Probation Department. Within a few months, the first residence was filled with 12 boys. Rev. and Mrs. Bailey, with their family served as the first house parents. A small school was also started on the campus with teachers donating their time.

It was soon evident that the work must involve more staff and additional facilities. A couple was hired as houseparents, and Rev. Bailey began to serve as Executive Director and fundraiser for this project. 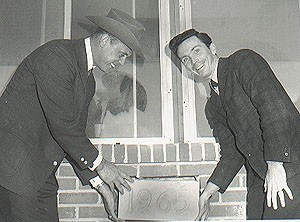 In the years that followed, Ranch Hope expanded to 130 acres in order to care for more young men. Four additional cottages were added, with two houseparents for every 8 boys. Other additions included a special education school with shops for training in mechanics and woodcraft, a gymnasium, a barn for the horses and steer, director’s residence, chapel, cafeteria and adminstartive building. The program and staff increased proportionately, as did the $22,000 budget that supported the Ranch during the first year of operation.

In 1988, an expansive program redesign was completed in order to meet the changing needs of children. This upgrade emphasized therapy, especially family therapy, and a highly structured activities program. Greater client supervision via an increased childcare staff was also provided. The goal was to provide intensive services to moderately, emotionally disturbed young men. Ranch Hope now serves over 90 young men and women.

Our Motivating Scripture:
“Those of us who are strong and able in the faith need to step in and lend a hand to those who falter and not just do what is most convenient for us.”